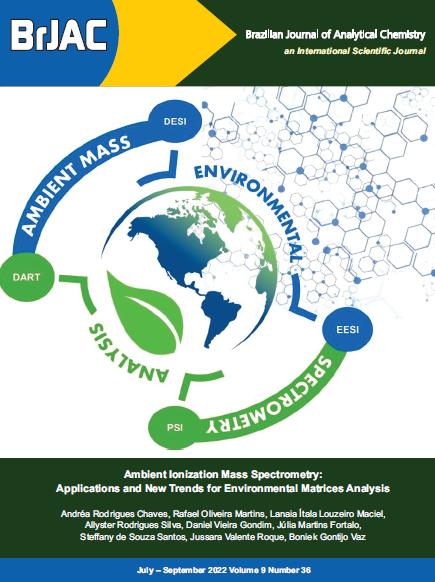 This Issue brings an Editorial by Prof. Dr. Mauro Bertotti (IQ-USP, BRA); Interview with Prof. Dr. Edenir R. Pereira Filho (Dept. of Chemistry-UFSCar, BRA); Point of View “The Case of the Limit of Detection” by Prof. Dr. George L. Donati (Wake Forest University, USA); Letter “Nanostructured Materials as an Analytical Strategy to Unravel and Treat Human Diseases: The Practical Challenges Behind the Theory” by Prof. Dr. Jemmyson Romário de Jesus (UFV, BRA); 2 Reviews on “Regional and Global Scale Challenges for Controlling Arsenic Contamination…” and “AIMS Applications and New Trends…”; 2 Articles on “Comparison of ZIFs as adsorbents of arsenic species…” and “Evaluation of a lignin bio-alkyd resin for the selective determination of molybdenum…”; 2 TechNotes on “How sodiation influences the sucralose behavior under EIMS” and “Chemical characterization in the production chain of permanent magnets by ICP OES”; and a Feature on “The 45th RASBQ”. 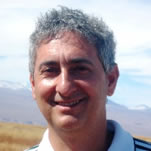 “The articles reveal that analytical chemistry is a long-standing example of an interdisciplinary approach to scientific research, pushing the field into emerging topics of societal importance.” 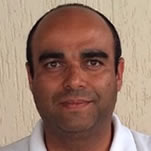 Edenir R. Pereira Filho, a researcher with a broad and solid background in science and also a YouTuber, recently gave an interview to BrJAC

“... the interaction between Brazilian researchers and industry must be more collaborative, and the dialogue should be improved...” 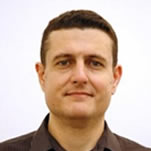 The Case of the Limit of Detection

“… ‘the case of the LOD’ may foster an awareness that could facilitate the identification of instances in which the connection between different concepts is essential: from adequate reporting of analytical results to new ideas and discoveries.” 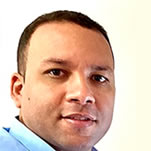 Nanostructured Materials as an Analytical Strategy to Unravel and Treat Human Diseases: The Practical Challenges Behind the Theory

“... more studies are needed to develop an adequate, reproducible, and validated method that allows for the synthesis and characterization of safe nanomaterials for medical practices. In general, there are at least three major challenges ...”

The aim of this review is to give a brief overview on the main As speciation methods and to present how to control As contamination at local and global scales in several environmental and biological samples, as well as complementary and alternative medicinal products marketed as food supplements.

This study aims to contribute with an overview of the 2016 to 2021 period of ambient mass spectrometry methods for applications in environmental analysis. In this context, this review reports applications especially for qualitative and quantitative analysis of contaminants using DESI, DART, PSI and EESI methods.

Water-stable zeolitic imidazolate frameworks (ZIF) with zinc and cobalt cations were synthesized and compared in terms of their adsorption capacity and removal efficiency to remove arsenic species from water.

LA-Resin was synthesized and characterized by SEM, FTIR, X-ray diffraction and thermal analysis. The LA-Resin performance was assessed for the uptake of Mo followed by UV-Vis determination. The developed quantitative method was validated and applied for the preconcentration and separation of Mo from the samples.

In this work, the authors used quantum chemistry calculations and mass spectrometry data from differential functional theory to understand why the sodiated sucralose is more stable than the protonated one under mass spectrometry conditions.

Aiming at a strict chemical quality control, this work developed an analytical method to quantify the major elements in the materials involved in the production process of didymium (the mixture of neodymium and praseodymium) super-magnets. The proposed method provided high precision results, with good accuracy and fulfilled the purpose of the strict quality control of the permanent magnets materials.

Held from May 31 to June 3, 2022, in Maceió, AL, Brazil, the 45th RASBQ received an audience of 1,100 people. The opening conference addressed how chemistry can contribute to the sustainable development of planet Earth....

This work demonstrates how the use of microwave-assisted closed vessel digestions makes feasible the metal analysis of several components used in the Li-ion battery industry. Moreover, this approach led to shorter digestion cycles, using lower volumes of reagents and higher temperatures without compromising safety aspects.

The new ETHOS UPTM is simply the most advanced yet easy to use system for microwave sample preparation we have ever manufactured. It offers a perfect integration between microwave hardware, user interface, digestion sensors and pressure vessels.

Pittcon is a friendly, welcoming environment where analytical chemists at all professional levels meet. Pittcon is a platform for sharing ideas and cooperating to form new ones. At Pittcon, you will find that spark that drives your research, your career, and above all, your scientific perspective forward.

SelectScience® informs through trusted lab product reviews, virtual events, thought-leading webinars, features on hot scientific topics, eBooks and more, independent online publisher SelectScience® provides scientists across the world with vital information about the best products and techniques to use in their work.

CHROMacademy is the leading provider of eLearning for analytical science

For over 10 years, CHROMacademy has increased knowledge, efficiency and productivity across all applications of chromatography.

Tentative agenda of events for 2022. It is suggested to consult the event's official website for updates.

Get access to reliable sources of analytical chemistry information useful for researchers and for academic, R&D and industry Labs.

Scientific books on Analytical Chemistry recently launched or to be launched soon are presented here.